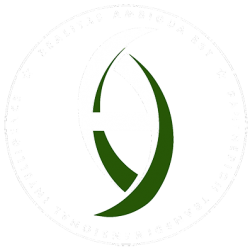 World premiere of the experimental demo-pilot-movie for a projected TV/internet-series about the activities of PANTHERION in a cinema in Graz. It is attended by more than 300 people.
2011
2011-05-05

Art Student Viola Wachter joins PANTHERION after being rescued by Alexander Freytag from a vampiric attack.
2010-06-06

Viktor Augenfeld meets Waltraud Kaliba and Jürgen Trieb in Knittelfeld to get informations about the local paranormal and UFO activities.
2010-04-30

Alexander Freytag evokes the Horned One and is assigned to a mission.
2010-04-20

PANTHERION follows enigmatic clues in old Masonic documents and discovers an entrance to the subterranean tunnels in eastern Styria.
2009-08-01

PANTHERION breaks Sabine Glocker free from a Circle of Friends of THULE human sacrifice ritual. She joins the organisation. Simultaneously, PANTHERION is attacked by a shape-shifting Succubus.
2009-06-13

Combat Warlock and Magician Alexander Freytag incidentally uncovers an old and forgotten entrance to the PANTHERION headquarters and runs into Viktor Augenfeld. Freytag joins the organisation.
2008-08-27

Talk radio host Tarek Al-Ubaidi has an encounter with Viktor Augenfeld. He is a loyal associate to PANTHERION since then.
2008-01-11

The PANTHERION team except Viktor Augenfeld and Mark Vectoric is lured into a trap by vampires.
2007-01-25

PANTHERION member Ernst Freisinger laps into a coma during a mission. He resides non responsive in hospital since.
2005-02-28 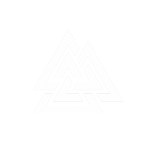 Alexander Freytag attends a secret gathering of shamans, magicians and mystics in Nazca and is told about the legendary Paradise Dimension.
2002
2002-10-18

The Circle of Friends of THULE tries to infiltrate the Kalachakra-Ritual, held by the Dalai Lama in Graz. PANTHERION is barely able to prevent the Beings from the Space between the Stars from invading common earth reality.
2001
2001-11-23

PANTHERION comes to aid the nurse Monika Hofmüller who functions as a contact person within the Schwarzenstein Sanitarium since then.
2001-09-11

PANTHERION detects massive Morphic Field tremors and alarming disturbances within the Astral Plane during the morning hours of September 11. Before they are able to summon all partner organisations the first plane hits the New York World Trade Center. A catastrophic reality quake has occurred. From this day on PANTHERION senses an increasing shift of the known common earth reality to an alternate and more qrotesque state of reality consensus. The origins remain unknown.
2000
2000-05-05

Viktor Augenfeld is visited by a mysterious man who switches in and out of reality and who admonishes him to recruit a certain young man into PANTHERION. Because of the unstable nature of the man’s appearance in our reality, a device which he tries to hand over to Viktor Augenfeld gets damaged in the process. It is carried by Augenfeld since then.
1999
1999-08-11 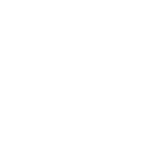 Young Frater Thomas finds an orphaned baby on the doorstep to the Franciscan Church in Graz.
1950
1950-01-01

During the 1950s PANTHERION installs several protective glyphs within the Astral Plane to disintegrate invocations of the Great Old Ones, thus render them ineffective.
1945
1945-09-02

Associated Groups and Assets in Eastern Europe inform PANTHERION about so called “vampire camps”, run by secret SS-regiments and F.A.F.N.E.R. in Romania, Hungary and Bulgaria.Medical personnel indoctrinated in Nazi race theory knew of the “risks” they run of mix Slavic with Arian blood. The loss in manpower could be reduced by transfusing “inferior” Slavic children’s blood to wounded German combatants – a typical dilemma between ideology and experience. Transfusing Slavic blood to Arian military had to be kept as a strict secret by the Wehrmacht, particularly from the SS.

A disoriented and confused US Navy Sailor who seems to be associated with the destroyer USS Eldridge mysteriously appears and disappears in Graz. In the time of his brief stay he leaves a peculiar radio (brand: ZENITH) behind. PANTHERION manages to get a hold of the device and discovers its ability to open/close a crossover to other dimensions and realities. Over the following years the so called Reality Radio becomes the most important tool for PANTHERION.
1943-06-27

In the course of the underground shelter- and secret SS-installations-construction work inside the Schlossberg in Graz by forced laborers the PANTHERION headquarters becomes more and more important as a secret nearby listening post against the NS-regime. Paul Rosbaud, an Austrian leftist scientist, joins PANTHERION. Subsequently he becomes also a important british spy (Codename “Griffin”).
1941
1941-09-27

Official begin of World War Two. PANTHERION returns to Austria in a cloak-and-dagger-operation and joins the resistance.
1934
1934-07-25

Otto Planetta and Franz Holzweber, allegedly members of the SS Regiment 89, but in truth delta agents of F.A.F.N.E.R., assassinate Austrofascist Chancellor Engelbert Dollfuß in Vienna, together with 8 other Nazis who have no clue about the intentions of Planetta and Holzweber. Both are later executed as political assassins who acted contrary to orders. F.A.F.N.E.R. is massively infiltrated by occult SS- and other secret elite-groups of the rising NS-system. Their ultimate goal is to weaponize interdimensional technologies in possession of F.A.F.N.E.R. and help to ensure Nazi power globally. To prevent a raid by Nazi-units PANTHERION voluntarily goes into exile and seals the Schlossberg headquarters both physically and metaphysically. The hungarian village of Zagyvarékas is selected as new HQ location. Elemér Chengery-Pap, a hungarian chemist and fringe scientist, and the psychic medium Maria Irtzl begin to work with PANTHERION.
1931
1931-09-13

As head of the Heimwehr in Styria Walter Pfrimer attempts a putsch in 1931, initially in his own region. After rising up in Styria his units launch a marcia su Wien in a direct copy of Benito Mussolini’s March on Rome but it proves to be a disaster and Pfrimer becomes mockingly known as the “half-day dictator” in reference to how long it took to put his attempted rebellion down. He failes to gain support from the other regional leaders because the coup was so poorly organised that it was easily put down by the otherwise weak government of Karl Buresch. PANTHERION is involved in the putsch from day one via undercover agents provocateurs; they undermine the preparation of the coup by intentionally absurd ideas and proposals. Pfrimer, who is already a figure of some fun in Austria due his weak oratory, his poor hearing and his fat and bald appearance, is damaged irreparably by the fiasco.
1877
1877-10-28

PANTHERION repeatedly tries to recruit a student in Graz, the young Nikola Tesla. He respectfully declines but stays a close ally to the organisation. Because of this long-term friendship PANTHERION manages to seize some of Tesla’s most valuable patents and documents before the raid of his New York hotel room (Hotel New Yorker, Room #3327) on January 9, 1943. They remain useful to the organisation since then.
1864
1864-03-16

As a result of the first contact with the Curatorship Dimension PANTHERION is able to transfer the brain of Jakob Lorber into an Automaton. Until his destruction in 1889 the robotic being known as “Lorber” (humorously called “LorBot”) is an active and fully-fledged member of PANTHERION. This quasi-near-death-experience inspires him to rethink parts of his teachings.
1807
1807-05-11

PANTHERION succeeds in unveiling the Soul of Graz. Since then, this magical personification of the city is available as ritually consultable oracle.
1768
1768-11-11

The notorious Serial Killer Paul Reininger, also known as “Heart-Eater”, dies in his prison cell at the Schlossberg, Graz.